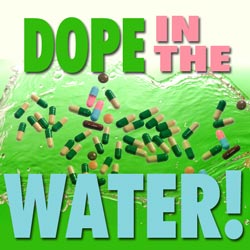 We’re tickled to present you with a world premiere of sorts! The parody song “Dope In the Water” (sung to the tune of “Smoke on the Water” by Deep Purple) was written and performed by Steve Anderson, Water Resources Analyst at Clean Water Services, Portland, Oregon. This is of course a timely issue since the release of the 2008 Associated Press study that claims at least 41 million Americans may be getting a bonus of drugs and pharmaceuticals in their water supply. 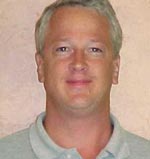 The song (which is awesomely hysterical, in my opinion!) came to the fore as part of a forum discussion about the use of humor in public communications. The bottom line: no clear consensus. Some communications professionals believe in the power of humor to communicate, some are mildly uncomfortable with the risk and others believe it is often misleading to a misinformed public.

I think everyone knows where I stand! As I wrote on the discussion thread,

I think the point of the song is to change behavior and to promote the safe disposal of pharmaceuticals, which in turn, reduces the treatment burdens. This is the part that the public can control, and thus, an effective message to send.

So thanks, Steve, and we hope lots of people are humming this when they refrain from bad habits that add “Dope in the Water!”

Download Dope in the Water by Steve Anderson (mp3)

And what about them birth control pills?
At the outfall where the effluent swirls
Makin’ changes in the wildlife
Little boy fish look a lot like girls
And then we have our Prozac
Discharged by the very best
Don’t know how the fish like that
At least I guess they’re not depressed

My coffee in the morning
Can keep a fish awake at night
Painkillers might make ‘em feel good
But you know it just ain’t right
Cosmetics and perfumes, well
Just add to this witch’s brew
It’s high time to figure it out
Just what the hell this stuff can do