To make your season bright…part 2! Again in 2009 we’ve rounded up some fantastic festive towers decorated for the holiday season! (See Part 1 here or the 2008 collection here and here.) 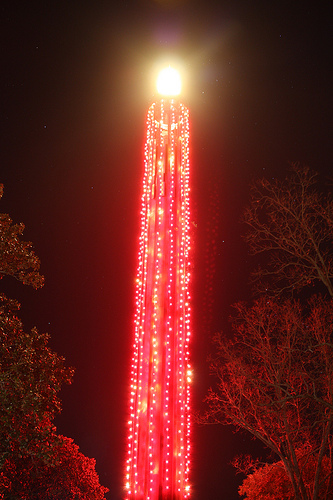 The Southern Arkansas University Water Tower Candle, photographed by Sounds like “Jee” on Flickr. This circa-1976 water tower is the most recognizable landmark in Magnolia, Arkansas and features a peal of 14 cast bronze bells near the top. The illuminated holiday candle decoration is a tradition that was established in l988. 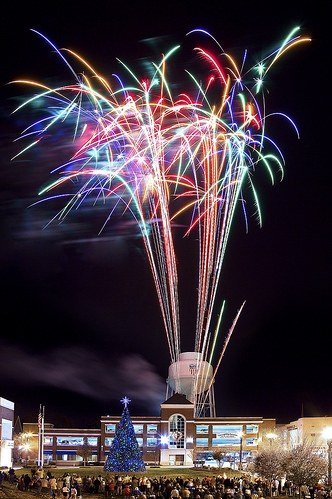 This photo is from the annual public tree lighting ceremony in Concord, North Carolina by Paul Purser on Flickr, shot while working on a book about Charlotte NC and surrounding communities. (www.destinationcharlottethebook.com.) The water tower reads “All American City” and is a Concord icon. This great photo captures the city Christmas tree, the water tower, and fireworks in one shot. 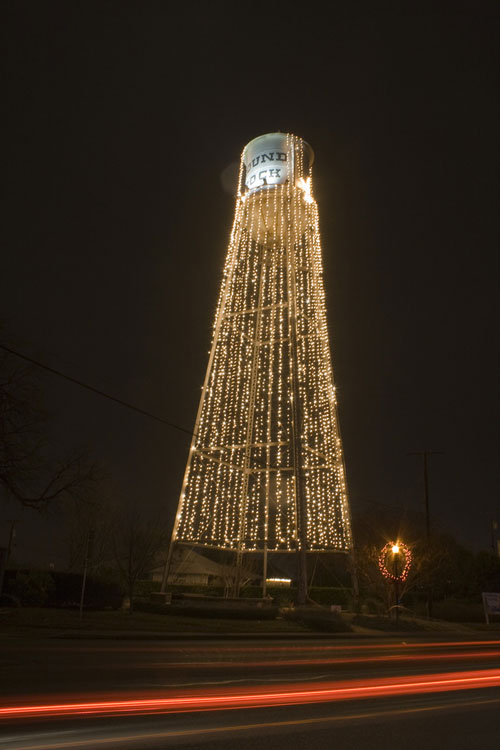 A striking display from the City of Round Rock, Texas by Christopher Rose (khowaga1) on Flickr 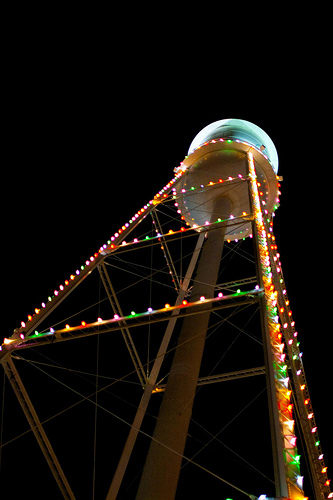 This photo by mfng (Tom) on Flickr shows a landmark water tower in Durham, North Carolina. The site is a former Lucky Strike cigarette factory in the American Tobacco Historic District, now converted into a mixed-use campus of offices, restaurants and condos. 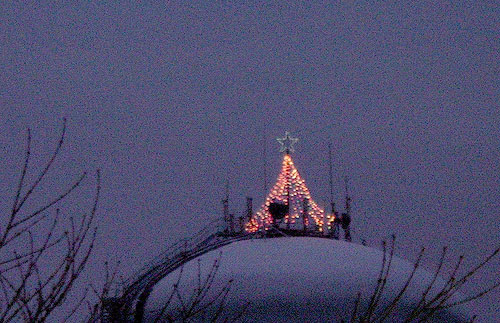 This water tower topped with a light tree is by gorfram on Flickr who notes that every year the Shoreline (Washington) Water District puts up a tree made of lights up on top of this water tower with local merchants donating towards the cost. Her photo was taken just as dusk was deepening into night. There’s a dusting of snow on top of the water tank, the Christmas tree is ringed by various radio masts and other equipment, and the twigs of a Japanese maple are in the foreground. 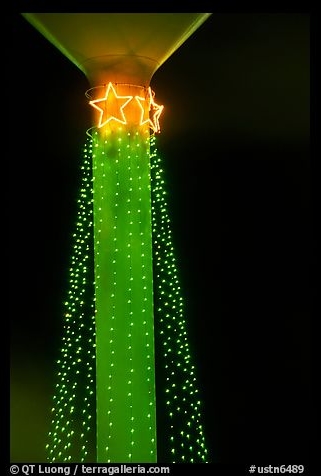 By QT Long at terragalleria.com, a festive water tower in Tennessee.