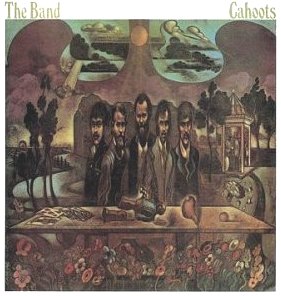 This weekend, pack a picnic, head to the water’s edge and enjoy this song. The sentimental, nostalgic lyrics will have you drifting back (and wishing for) a simpler time.

The Band was active from 1967 to 1976 and again from 1983 to 1999. This track is from their 1971 album Cahoots. Although they never achieved mass success and appeal, they earned admiration from music journalists and other musicians and the group holds a place in the Canadian Music Hall of Fame, the Rock and Roll Hall of Fame and achieved a Grammy Lifetime Achievement Award last year.

Lyrics
The voice of the rapids will echo
And ricochet like an old water well
Who’d ever want to let go
Once you sit beneath its spell
It’s dark and wide and deep, towards the sea it creeps
I’m so glad I brought along my mandolin
To play the river hymn…

You can ride on it or drink it
Poison it or dam it
Fish in it and wash in it
Swim in it and you can die in it
Run, you river, run

Download The River Hymn – The Band
Low-fi 64 kbps mp3 file for sampling.
Like it? Support the people who make music. Buy this track at iTunes or Amazon.com

The ultimate in water container recycling

Man and Beast are Crazy with Heat Celebrate Freedom with New Federal Regulations!
Scroll to top