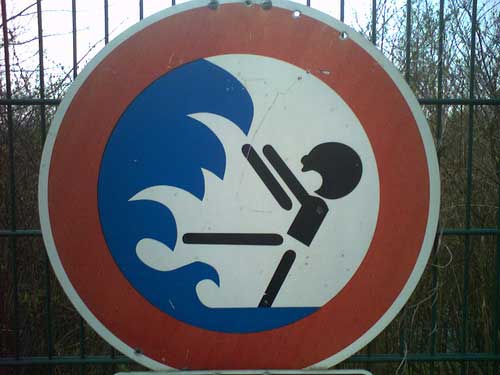 The use of pictures and visual international symbols on signage–such as cartoons, stick figures and the ubiquitous red circle-slash–have eased some of the challenges of communicating across language barriers. Even on signage, though, our peppy, positive-reinforcement culture frowns on warning sign fear-mongering. Too bad, because terror is still a powerful motivator for deterring dangerous and stupid behavior! These scary signs and global stick figures in water jeopardy are trying to get the (mixed!) messages out!

↓ I don’t think this kid is afraid of drowning; I think he just wants his Waaa-tah! 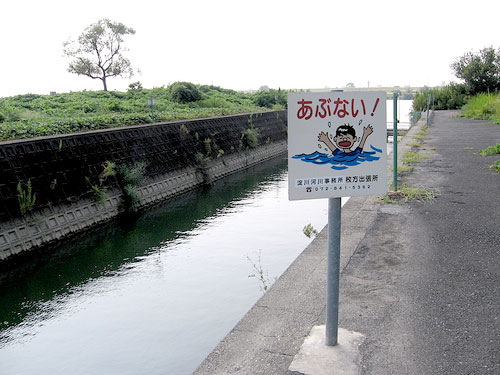 ↓ This one could mean “Wear Speedos while two-stepping with Jellyfish.” 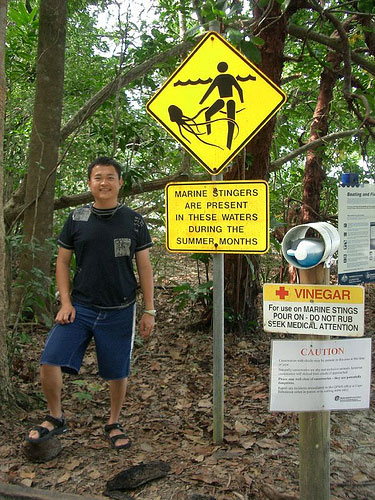 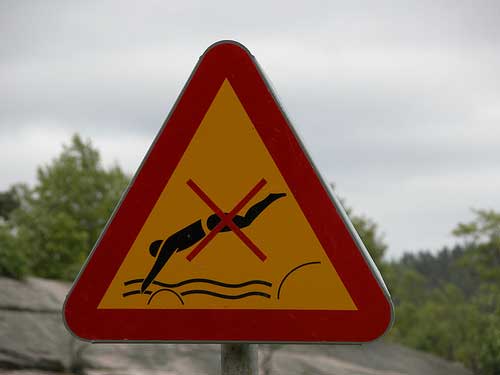 ↓ Come when your parents call, or we’ll send the Water Monster after you.

↓ Do not do the “Wave” while facing waves. 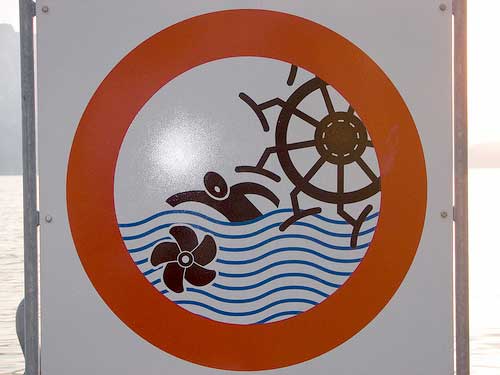 h2o mp3: The River Hymn - The Band
Not Thirsty
Awesome Trash for the Wardrobe Stash
Best of 2009: Bottled Water for Pervs
The Boss is a Visionary
Another Reason I'm an Anglophile
The Arranged Marriage of Trash and Treasure
Military Edition: Water Emergency Week Day 3
3 replies

Save Ferris, But Trash the Tower
Scroll to top