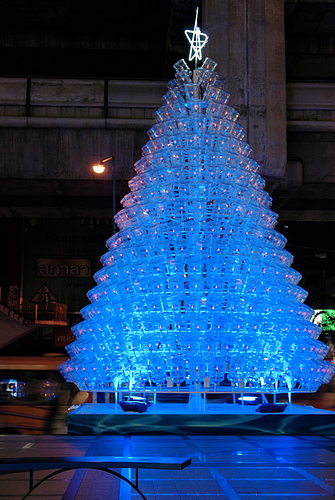 Seen In Bangkok, Thailand in 2007, photograph from Flickr by Rob in London. 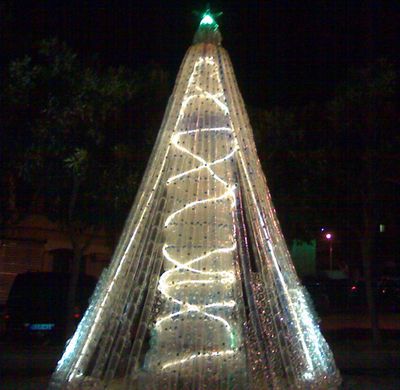 2007 in Malta, a tree constructed with 4100 bottles by the students of San Swann primary school Santa Bernadette, guided by teachers and artist Joe Barbara.  Photo from gozonews.com. 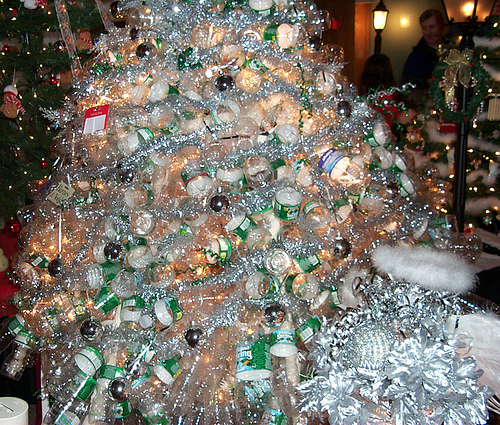 An unusual display at the 2008 Methuen (Massachussetts) annual Festival of Trees. Photo by 2blueyeboyz on Flickr. 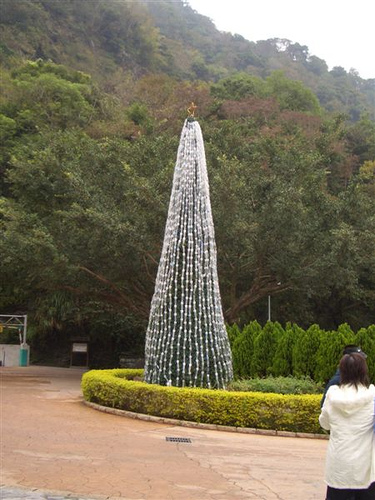 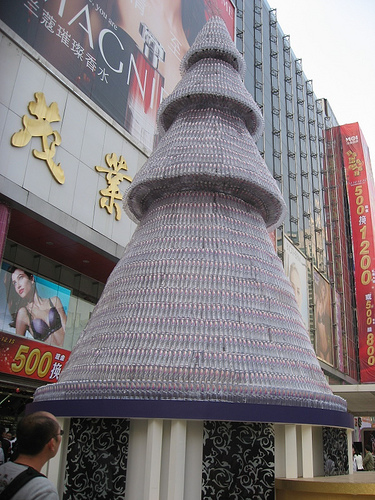 A 2008 brand-tastic tree constructed of full water bottles in Shenzhen’s Hua Qiang Be, a display called “perverse” by Flickr photographer Rock the Bike. 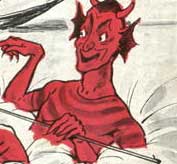 Headlines that Make Me Say, "Huh?"

The Devil Made Them Do It!

How do you spot 'fake' water?