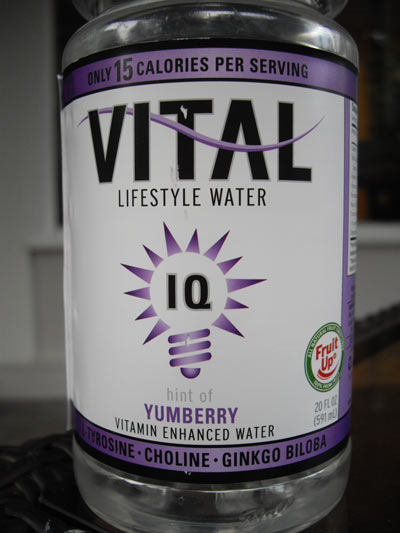 Here’s Vital Lifestyle Water, a product that jacks up your IQ and memory with a gentle hint of Yumberry! Yumberry is one of the up-and-comers of the “Superfruits.” “Superfruit” is a term coined by marketers (naturally!) that refers to high-antioxident, nutritionally-rich fruits that have an appealing taste.

Yumberry is actually commercial slang for the fruit of Myrica rubra, also called yangmei, yamamono and various types of bayberry and wax myrtle. It is native to eastern Asia, mainly China, where it has been grown for at least 2000 years. There are more than 100 varieties of yumberry including white, pink, red, and purple. (Usually the purple variety is considered the yummiest!) 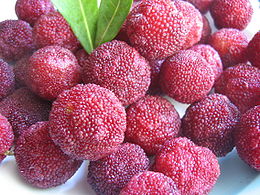 And, modern-day marketers are pretty late to the party when extolling Yumberry’s health benefits. From www.yumberryjuice.com,