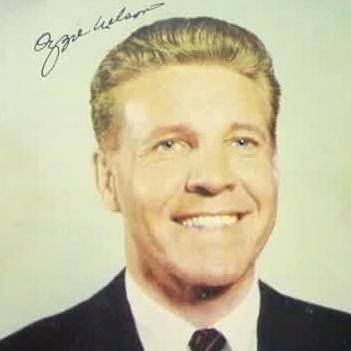 When this playful swing number was recorded in 1939, war was raging in Europe, the United States officially declared its neutrality and the U.S. non-intervention movement was strong. We all know how that eventually played out. (I’ll ignore the fact that today is September 11th, another historic date in the history of American denial.)

Americans had the Great Depression behind them and the misery of war yet to come. They were swinging and cutting the rug, and consummate entertainer and bandleader Ozzie Nelson was packing the dance floor.

This is a faster, funnier version of I Want the Waiter (With the Water) than the better-known recording by Ella Fitzgerald.

While my daughter was having lunch one day
She caught the waiter’s eye
He took one look at her, and ran away
Now she’s gonna die of thirst unless I find that guy

(I usually urge you to support musicians via a purchase link, but I can’t find anywhere for you to buy this rare track!)