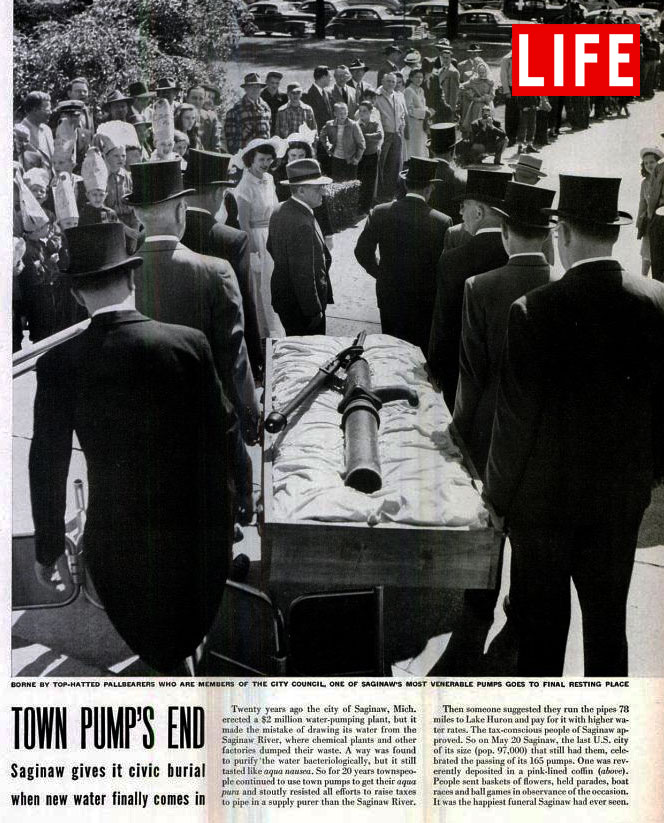 This item from the June 13, 1949 issue of LIFE magazine covers the charming, oddball funeral/celebration for one of Saginaw, Michigan’s ubiquitous community water pumps, finally “put to rest” in favor of an efficient new pipeline. END_OF_DOCUMENT_TOKEN_TO_BE_REPLACED 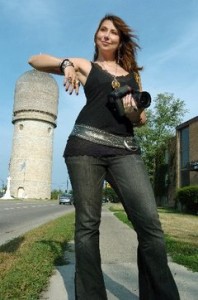 The unusual design of the Ypsilanti, Michigan Water Tower has sparked many a debate since it was erected (ha ha) in 1889. While the tower is a historic landmark, city officials bristle at the mention of its giggle-inducing architecture.

Enter Ann Arbor photographer, Shela Palkoski (shown here posing near the  tower). She has made entrepreneurial hay by re-interpreting the old joke with a bad-taste postcard which has sold thousands of copies in the past two years. In a July, 2007 story on blog.mlive.com, she says,

“I used to live across the street from the water tower and had to walk past it,” said Palkoski, who works under the name Miss SheLa. “I figure I’ve had a vision of that image for about five years, and I thought, ‘I’ve gotta do it before someone else does.'”

The cards show the legs of a woman in a short skirt, high heels and fishnet stockings standing over the tower. And the image has city leaders struggling to find a diplomatic way to react to the innuendo.

“The water tower has a historic marker,” said Mayor Paul Schreiber. “And it’s a very interesting thing if you look at the stonework.

Here’s the text from the tower’s historical marker:

Day laborers constructed this water tower which was completed in 1890 at a cost of $21,435.63. The tower and the city waterworks supplied 471 customers in the first year. An ordinance passed on April 14, 1898 established a yearly rate schedule. Rates were based on the number of faucets in use, the type of business that customers operated and the livestock they owned. A residence with one tap was charged $5.00; a private bathtub cost an extra $2.00. Saloon keepers paid $7.00 for one faucet, $3.00 for each additional faucet and $1.00 for each billiard table. Each cow a person owned cost $1.00. People who failed to pay their bill were subject to a $50.00 fine and ninety days in the county jail. Until 1956 this structure was the only water tower in the Ypsilanti water system. 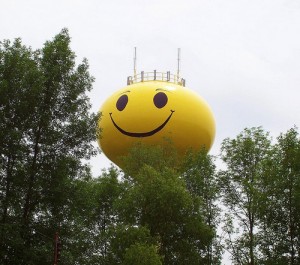