Water towers and Christmas lights are a natural combo so again in 2009 we’ve rounded up some fantastic festive towers decorated for the holiday season! (See the 2008 collection here and here.) 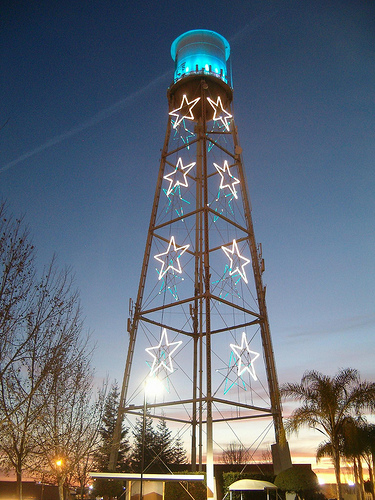 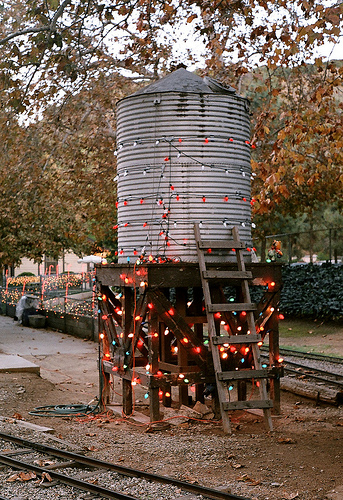 By Robb_Wilson on Flickr, we love this charming Charlie Brown-ish water tower spotted in Griffith Park, Los Angeles, California, where old railroad cars and engines are put out to pasture. This time of year, Robb says, “parts of the area are dressed up for Christmas.” 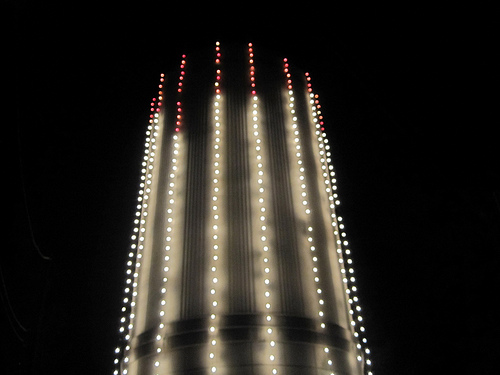 From the Mount Washington, Ohio 2009 Tower Lighting Ceremony by Rich Richmond on Flickr, who when contacted about including his photo in this feature said “I had no idea anywhere else was crazy enough to light up a water tower!” 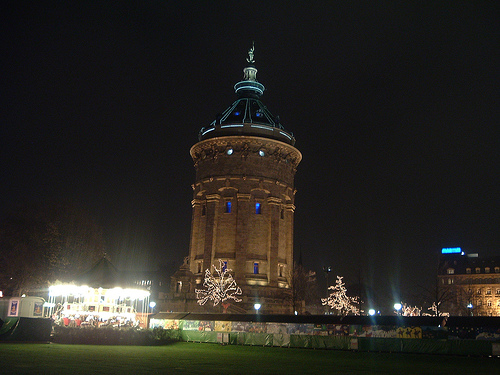 TacSat Tim on Flickr took this photo of the Mannheim Water Tower during the annual Christmas market while stationed in Germany after returning home from Iraq in in 2006 (it was his first Christmas in Mannheim with his wife.) “Der Wasserturm” was built in 1889 and is a local landmark. 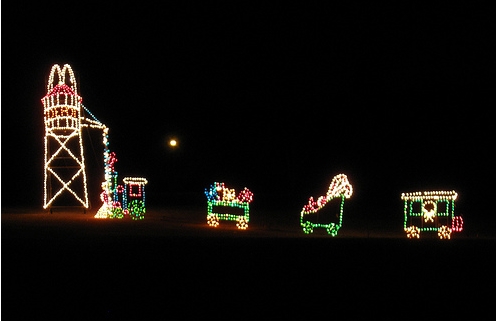 Not an real water tower, but charming nonetheless! =>tim<= on Flickr took this photo of a light display depicting a water tower with rail cars at the Midwest City, Oklahoma Holiday Lights Spectacular.