We might love our tap water, but that’s not to stop or slow the relentless bottled water branders from absconding with the power of love to move the water and the wallets. 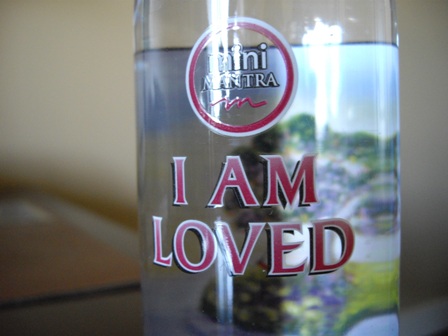 While I was in California in January, I picked up this interesting number in a organic food store near Carmel. The brand is “Aquamantra” (here, in the convenient “Mini-Mantra” size) and the concept seems to involve invoking positive self-talk while drinking the water for a spiritually uplifting experience. And a solitary experience, too, given the high probability for public ridicule. (It’s water for Stuart Smalley! “I’m good enough, I’m smart enough, and doggone it, I am Loved! glug glug.”) 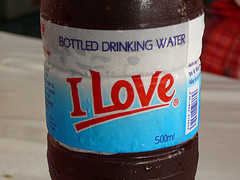 If that’s too intense for you, just go for this straight-up approach that bridges the language barrier with the language of love, seen in Vietnam and shared by silveroses69 on Flickr. Lovely! 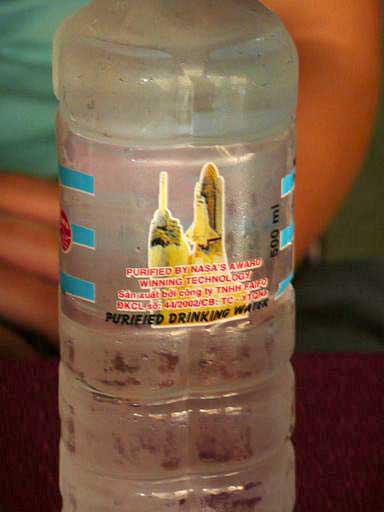 Ordinarily, I’d post this photo of Vietnamese bottled water “purified by NASA’s award-winning technology” strictly for our amusement. (from the Picasa Web Album Hoi An, Vietnam by Mark)

But it reminds us of something we read on Engadget in the summer of 2007:

Super-good pun headline notwithstanding, our radar is up. NASA…millions of dollars…Russians…mysterious bottled water in a deprived country with scant government oversight of foodstuffs… Coincidence? Judge for yourself, but I am adjusting my tinfoil chapeau. 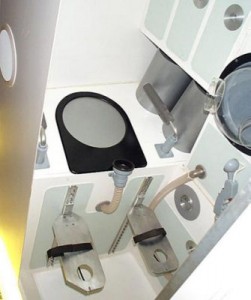 So apparently NASA has agreed to purchase toilet technology from the Russian company RSC Energia for the tidy sum of $19 million, to be delivered to the ISS in 2008 in preparation for a crew upsizing from three to six members. The previous system required that urine tanks be transferred to cargo ships and burned up in the Earth’s atmosphere, but the new toilets operate like a waste treatment center on Earth, collecting and reconstituting urine as drinking water — an unpleasant concept for a number of our readers, but a welcome relief for thirsty astronauts. The toilets are similar to normal models, though they employ leg restraints and thigh bars to hold the “user” in place, and high-powered fans to suck, um… waste into the commode. The system will be installed on the American side of the station, while the Russian-side will remain as is, resulting in extremely long lines to use the “good” bathroom.