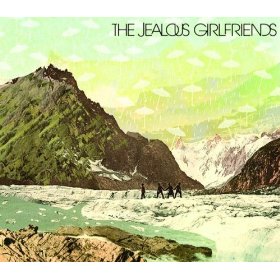 Isn’t it easy to blame everything from bad behavior to multiple pregnancies on the water? “Something in the water” is a phrase that tracks way back to the days when frequent epidemics were, in fact, usually caused by “something” in the water.

This 2007 new wave-ish track by the Brooklyn, New York band The Jealous Girlfriends is from their self-titled second album.

Lyrics:
I think there’s something in the water
Or then again
It could be something in the air
But there’s none to be found
In the dirt on the ground
And the choices I’ve made
are ad hoc anyway

Hey, I think it must be the water

Download Something in the Water – The Jealous Girlfriends
1.3 MB 64 kbps low-fi mp3 for sampling.
Like it? Support the people who make music. Buy this track at iTunes or amazon.com