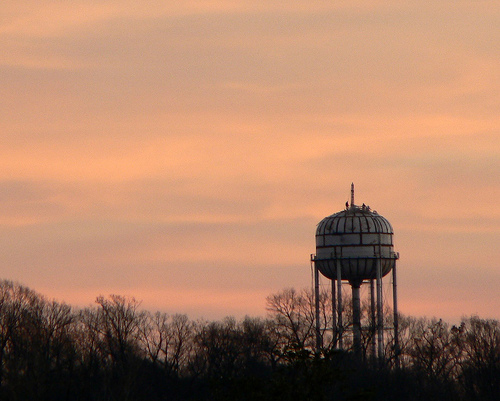 The hated tower, pre-paint job in Jan. 2008 (from uncle mike in knoxville on Flickr

Bring on the new development–condos, apartments, retail, we’re all for it! But wait. That big hulking water tower rising over our breathtaking mountain ridge view? Well, we’re NOT for that! Who knew it would be that big and ugly? For south Knoxville (Tennessee) water tower opponents, the fact that it’s already built hasn’t quelled the controversy, and a sky-blue paint job hasn’t impressed many of the locals. Can the opposition accomplish a knock-down in Knoxville? From WBIR.com,

May 29, 2009: The future is uncertain for a south Knoxville water tower that some consider an eyesore.

The Knoxville Utilities Board built the tower in December 2007 to provide better water pressure to south Knoxville residents. From the beginning however, some people said it was a blight on the city that should be torn down.

Knoxville City Councilman Joe Hultquist said there are serious negotiations with KUB to find an alternative to the tower. According to KUB officials, they plan to review any firm proposals brought to their attention. However, they said another tank would have to be placed nearby to provide the same level of service to customers.

Looks like KUB has a proactive public communications strategy in place to address the public’s concerns. Well, maybe not. 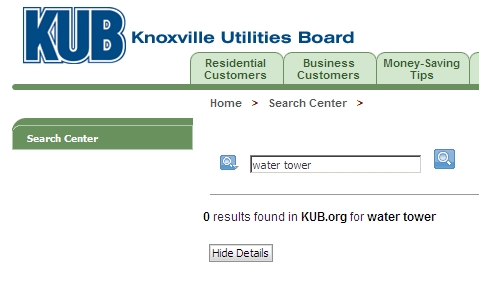