ONE: Ebay Water Item of the Week: 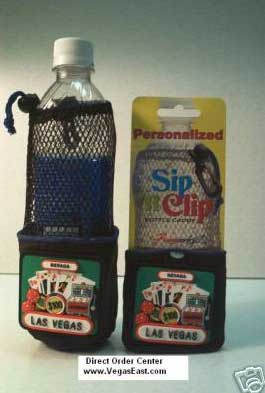 Las Vegas Gaming Water Bottle Caddy $2.99. This is for all the folks who are ready to cast their chips on a Las Vegas water gamble! Winner takes all! 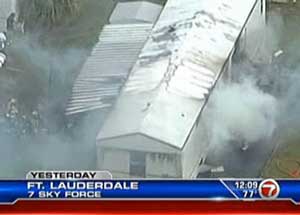 Screenshot of video from www.wsvn.com

From nbcmiami.com: A drunk Fort Lauderdale man had enough with the water bills on his mobile home, so he decided the only way to handle it was to burn the house to the ground.

Johnny Dossey, 43, was arrested yesterday after his home on the 1300 block of SW 21st Terrace exploded from the gasoline he poured on it, according to the Miami Herald.

The water bill was reportedly $70. The now-homeless Dossey is charged with first-degree arson. Police believe he may have been drunk when he set the house on fire.

THREE: Quotable Quote of the Week:

“I guess he got fed up with it.”
Luis Alvarez, neighbor of Johnny Dossey, drunk Florida water rate protester and arsonist.

FOUR: Water photo of the week:

Water before and after the reverse osmosis process at the water treatment plant in Nanjangud. (nestlecsv on Flickr) 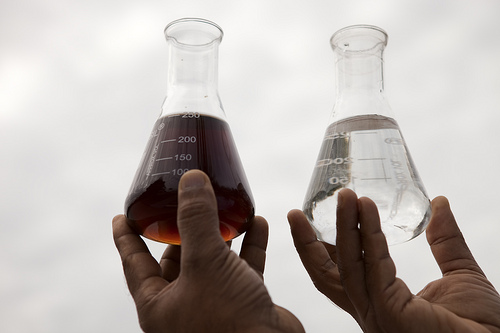 FIVE: Water Blast from the Past:

From shorpy.com: Washington, D.C., circa 1920. “Standard Sanitary Manufacturing Co.”  Really?! I would have SWORN that it was Restoration Hardware, 2010! 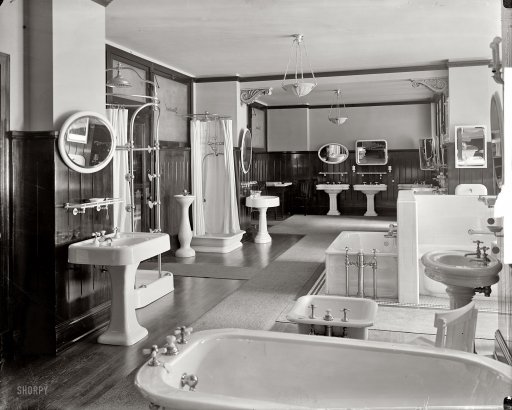