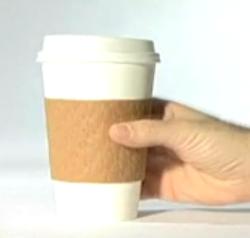 Suddenly, they’re everywhere. Jaw-dropping “water footprint” numbers are marching through mainstream media channels, but I have some nagging problems with most examples I’ve seen. One, they usually gloss over how the numbers are calculated, which invites skepticism. And two, outside of the broad advice to “save water” there are rarely concrete suggestions of what we’re to do about it. And third, is the ending missing? What about the water cycle? Aren’t all those molecules still around, somewhere?

One stat burning the wires over the past several months: one cotton t-shirt = 2,700 litres of water. Aside from the fuzzy math, what’s being suggested here? Wear rayon? Crash diet? Go shirtless? What? And don’t even go there with the “organic cotton” platitudes. This particular article from www.wendmag.com concludes,

What’s the bottom line when it comes to cotton? Before you buy that cotton t-shirt, keep in mind what your water footprint is, and who and where the production of your purchase is really going to affect. Because ultimately, that water could be used for other things.

Huh? That reminds me of when my parents would admonish us to clean our plates because “children were starving in Africa;” we, of course would reply, “well, let’s send this food to them!” Many “water footprints” strike me as dumb and dumbed-down in the same way. Your not buying a t-shirt will not directly benefit the water-deprived of the world. And by oversimplifying a complex system, we encourage disbelief or worse, apathy.

My bottom line? Too much “GEE WOW,” very little “WHAT NOW.”

I think this video from WWF does a better job of avoiding the insinuation that we all deny ourselves latte and thus save the planet. It’s the bigger point that we need to rethink how we produce and consume just about everything, in our personal lives and businesses. But is it working? If you’d like an idea of the challenge in selling this concept to the broader public, have a look at the comment section for this video.