While plowing though some forgotten boxes of ephemera (that’s another story for another day) I came across this vintage newspaper advertisement.

This product was always intended to attract women and their pin money. I learned here that the original Wisconsin-born Charmin was “described as ‘charming’ by an employee, and the Charmin brand name was born.” The flower-compatible product was “designed to look like feminine fashions of the day. Packaging was light blue and featured the silhouette of a woman’s head from a cameo pin, which became known as the “Charmin Lady.” 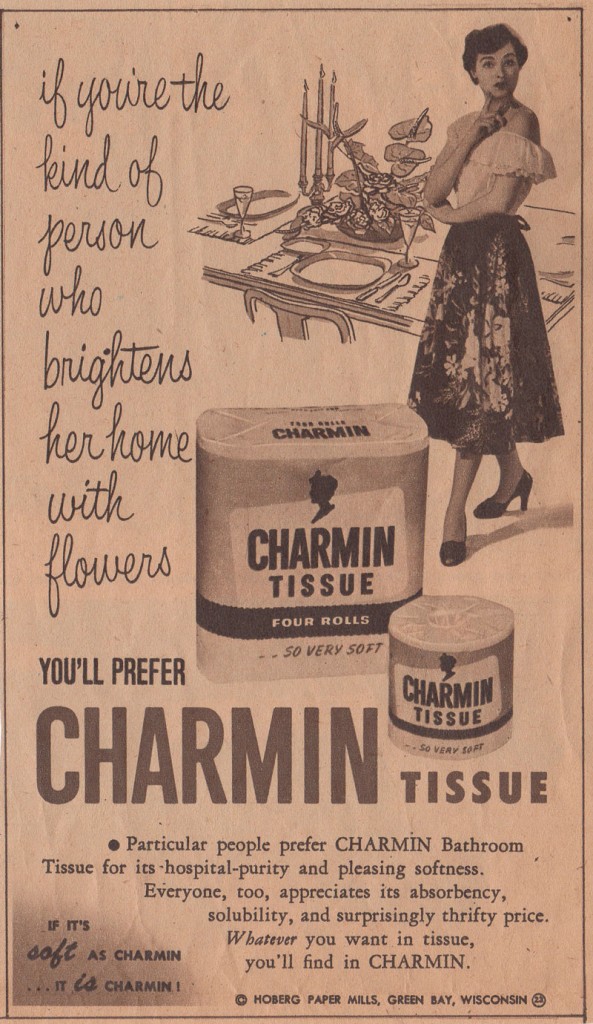