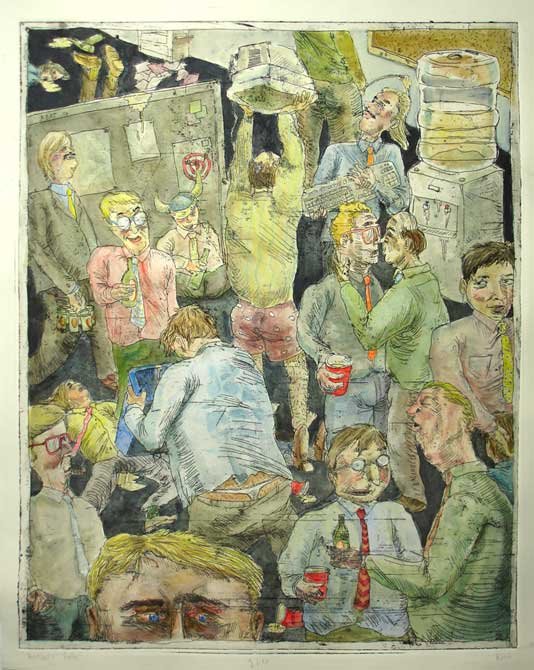 I was genuinely enthused to be invited, and when I got there the party was in full swing. Leadership met me at the door with a nice welcome; he was an exceptional host, really working the room, shaking hands and chatting with everyone.

Smart and Popular were there with all their terrific friends. Fun and Personable were there too, along with Camaraderie and his brother Supportive. These six were the life of the party and everyone congregated around them like moths to a candle. Arrogant was at there too, but you know he can be really fun at a party. The beer was flowing and everybody was dancing, laughing and having a great time–even Quiet and Humble were on their feet!

Right about then, who walks in but Smug and Knowitall. (Why Leadership invited them is anyone’s guess.) Suddenly Arrogant got pretty aloof and obnoxious when teamed up with those two. They all cornered Leadership and formed their own little group apart from everyone else, whispering little secrets among themselves. So the party started to get noticeably less fun at that point.

Shortly thereafter, the next unwelcome guests to arrive were Frustrated followed by those two twins that everyone hates, Hopeless and Powerless. No one was dancing at this point and someone turned off the music. I didn’t see Smart, Popular, or any of those cool people from earlier. I supposed they’d left.

Finally, who walks in and plops down on a chair but Apathy, and it was obvious to everyone that he was there to stay and had no intention of leaving as long as his buddies Frustrated, Hopeless and Powerless were hanging around. There was no more chatter and laughter; everyone pretty much huddled in small groups barely talking in low, in hushed voices.

Just when I was mentally creating lame excuses to get out of there, Leadership (who had been noticeably absent) re-appeared and yelled out that there was no more food and the keg was empty.

That’s when I snuck out the side door. And never looked back.