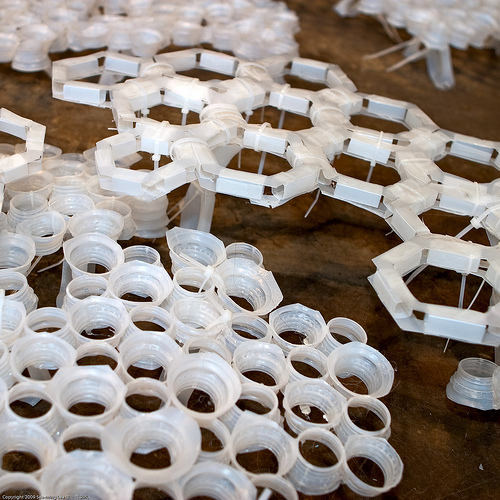 Is today’s tidal wave of plastics rooted in the actions of centuries past? Ellen Driscoll’s installation FASTFORWARDFOSSIL: Part 2 (at Brooklyn, NY Smack Mellon/Dumbo Arts Center) is composed of 2600 discarded #2 plastic bottles she has painstakingly cut up and reformed as a ghostly, translucent landscape. The installation was conceived to provoke a critical look at the environmental and human damage inflicted by the oil and water industries in the last two centuries on regions as diverse as Nigeria and the United States.

This installation is a continuation of a multi-year series which explores the dynamics of resource harvesting and consumption. This part of the series focuses on oil and water. Rising at 5:30 AM, I harvest #2 plastic bottles from the recycling bags put out for collection on the streets of Brooklyn. For one hour, one day at a time, I immerse myself in the tidal wave of plastic that engulfs us by collecting as many bottles as I can carry. 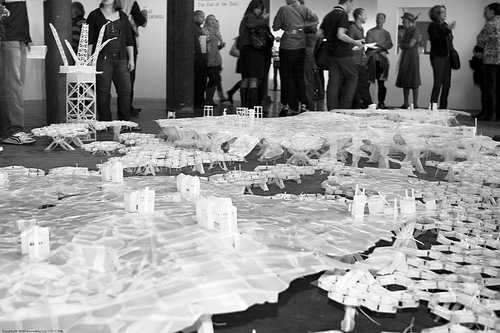 A nineteenth century trestle bridge plays host to an eighteenth century water-powered mill which spills a twenty-first century flood from its structure. The flow contains North American, Middle Eastern, and African landmasses buoyed by a sea of plastic water molecules. 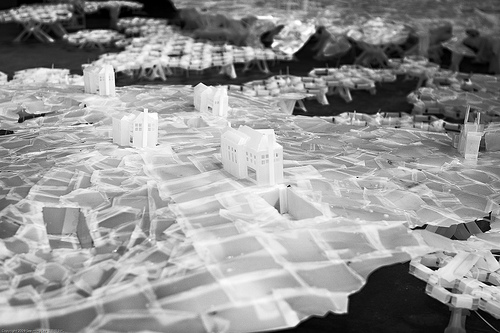