Just when we think our crush on the country, culture and people of England was getting out of hand, along comes a note from Ferrers (aka The Pie Man) to further stoke our Anglophile tendencies. He pointed us to the delightful BWTAS –  the British Water Tower Appreciation Society. The group “exists to connect enthusiasts of water towers to share their enjoyment of their artistic, cultural, architectural, historical, social and engineering significance.”

We’re in favor of that! But the best part of their “about us” statement is this “It is a society that tries not to burden itself with administration duties, committees and all that stuff (although it has them). It is whatever the members can make of it themselves.” 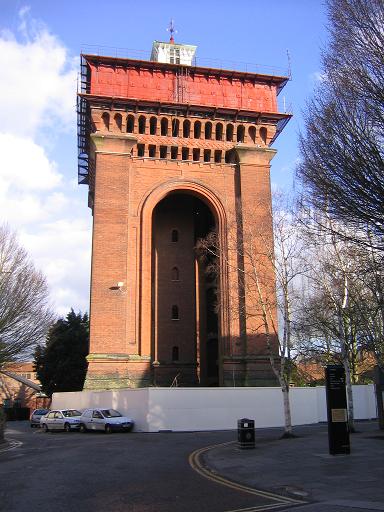 What will become of Jumbo, the largest remaining Victorian water tower in Britain?

Visit their website or follow them on Twitter, but be sure to set aside some time as it is packed with tons entertaining information, not only from the UK but from all other world. (In fact, I saw plenty of US-based water-tower stuff that I’d never come across myself elsewhere!)

If you’re UK-based, lucky you! All the rest of us should bookmark the BWTAS site in our big-fat, “someday” UK travel folder.