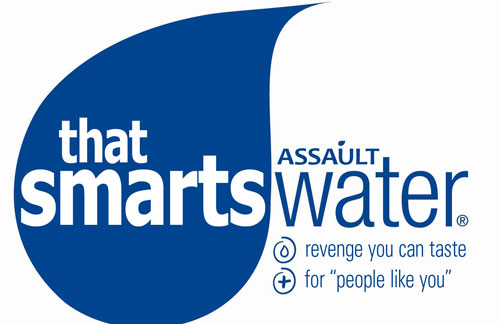 A teacher who’s “smarting” and a Mum who’s “sorry”..a sad, crazy tale on how a bottle of “flavored, not fizzy” water (the “wrong type” that violated the school’s “healthy eating policy”) escalated into possible jail time for a parent who “snapped.” From the July 17th Belfast Telegraph,

A mother-of-six who has been warned she could be facing jail after assaulting her son’s primary school teacher during a heated row over bottled water today said she desperately regrets the attack.

Downpatrick woman Lisa Blythe said she “just snapped” and threw a bottle in the teacher’s direction after being told she had sent her 10-year-old son to school with the wrong type of water.

Blythe has been warned by a District Judge that she could now be facing a prison sentence after she pleaded guilty to assaulting the primary six teacher in St Colmcille’s Primary School in Downpatrick.

District Judge Mr Mervyn Bates adjourned sentencing to next month telling the 34-year-old that teachers need to be protected “from people like you”.

Speaking to the Belfast Telegraph Blythe, from Marian Park, said she was upset when she discovered the teacher had not allowed her son to drink the water because it was flavoured and therefore against the school’s healthy eating policy which only allows plain, still water.

She said she had been under a lot of pressure at the time following her mother’s death and that she just snapped during the showdown with the teacher.

“I knew afterwards that I had gone too far but I was just so worked up at the time it all got too much for me,” she said.

Blythe said that on the morning of the row she’d forgotten to pack her son’s water bottle.

On the way to school she stopped off at a store and grabbed a bottle of water which turned out to be flavoured.

She said when she went to the school later that day to collect her son, who she said has been diagnosed as suffering from the highest level of Attention-Deficit and Hyperactivity Disorder (ADHD), he told her that he had not been allowed to drink his water because the teacher said it was fizzy.

“The water wasn’t fizzy, it was flavoured. I poured it into a cup and went to speak to the teacher to prove it was not sparkling. She kept telling me it was school policy, but I was raging as my son needs to drink with his medication. I lost it and I did curse at her. I then just snapped and said well here, take it, and threw the bottle down. It was an empty plastic bottle of water.

“As I walked away I knew I shouldn’t have done it. By the time I got into the car I knew I had been stupid so I went back into the school to apologise, but nobody could find her. I went to pick up my other children and then called back at the school to see her, but the school principal asked me to leave.”

Blythe said that the incident was the culmination of a number of difficulties in her personal life and frustrations over schooling for her son.

“I was very upset over my mother’s recent death and my husband had also just had a cancer scare. Dealing with my son who has ADHD and five other children, some who also have medical problems, was also a big strain. Everything just got too much for me on that day. I didn’t go with the intent to touch the teacher. I am sorry for what happened. I admit I used foul language when I swung the bottle and then left the school.”

She added: “The life has gone out of us as a family because of all this. It was a silly stupid five minute thing that got out of hand.”

Earlier this month Downpatrick Magistrate’s Court was told that there had been ongoing problems between Blythe and the teacher about teaching the boy. The court heard that during the row the school caretaker had to close some classroom doors so children could not hear Blythe’s “abusive language” and that she then threw the bottle of water at the teacher causing her left hip to “smart”.

District Judge Mr Mervyn Bates told Blythe: “An argument about a bottle of water should not have flared up in this way. People, like teachers, will be protected in this court from people like you.”