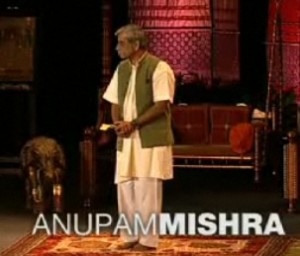 From TED: The ancient ingenuity of water harvesting: With wisdom and wit, Anupam Mishra talks about the amazing feats of engineering built centuries ago by the people of India’s Golden Desert to harvest water. These structures are still used today — and are often superior to modern water megaprojects. You’re likely familiar with TED (the organization has logged 50 million views since they began posting video two years ago) and TED Talks have become a powerful cultural force. TED presents short lectures from some of the best thinkers in the world from a broad range of disciplines with the mission of “spreading ideas” via “riveting talks by remarkable people, free to the world.” TED began in 1984 as a conference to bring together people from the increasingly melding worlds of Technology, Entertainment, and Design. Since then its scope has widened to embrace prominent thought leaders from around the globe. See Anupam Mishra’s bio here or access an interactive transcript of this video.