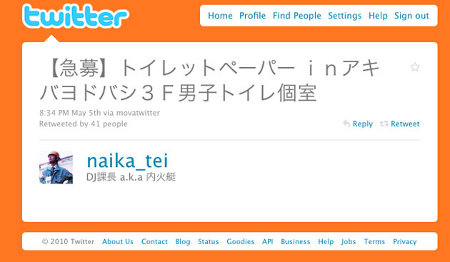 We’ve already noted the twittering water meter and the twittering toilet; naturally it was a matter of time before someone twittered from the toilet. Now if this doesn’t prove the awesome power of social networking, I don’t know what will. From boingboing.net via The Presurfer (and already re-tweeted with the ferocity of the stomach flu),

naika_tei is a Twitter user and anime song DJ in Tokyo. Last week, he found himself stranded in the third floor toilet of an electronics store in Akihabara with a soiled ass and no toilet paper. So he sent out this tweet: “[Urgently needed] toilet paper in the 3rd floor toilet of Akiba Yodobashi.” Five minutes later, he sent another desperate tweet. 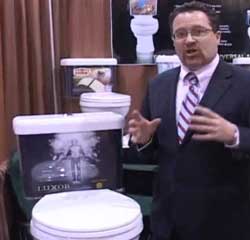