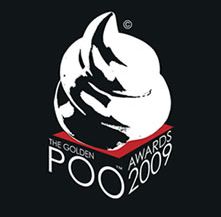 The Campaign for Lovely Carafes

Is There Tap Water in a Time Warp? Love that Dirty Water
Scroll to top