Let’s play the guess the game show game! I’ve watched this hyperactive clip several times, and have no idea what’s going in this Japanese game show, except that it involves a crazy aquarium toilet, voting by a “local secrets” panel, and an MC with one of the biggest rubber stamps I’ve seen anywhere. And, I think the female contestant “won.” (Whatever it was she was trying to win!) Watch and guess… I’ve storyboarded it below to give you a head start! 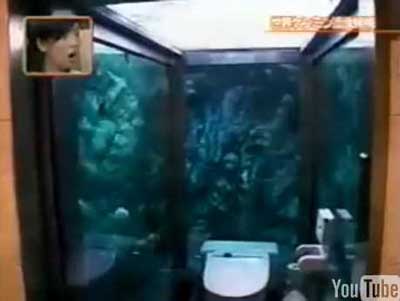 To start: The unusual toilet is revealed; contestant (in upper left) is wide-mouth AMAZED! 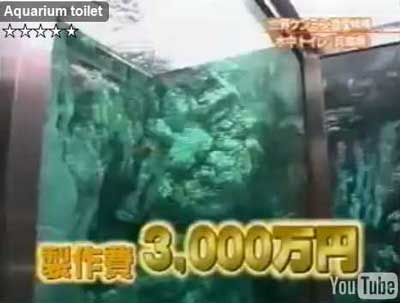 Wow! Audience and contestants gasp as 3000 is revealed! 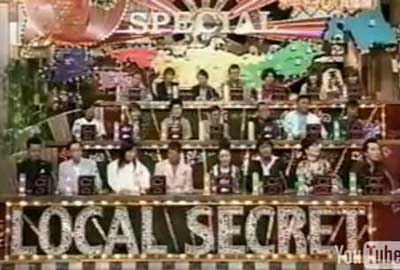 Ok, now to the panel, who are all busy punching to vote/rate the toilet. 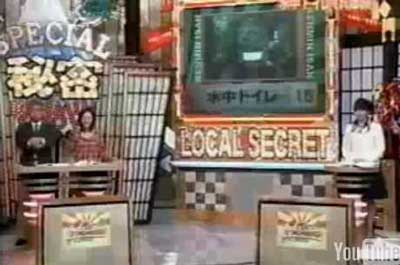 Calculating...and the panel comes up with a collective "score" which shows on the screen. 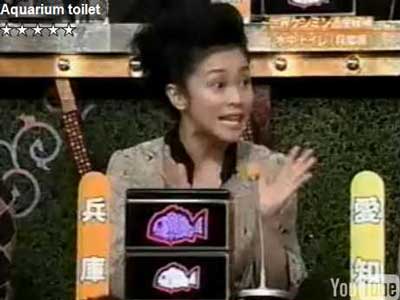 This contestant is happy! The light-up big fish must mean something great! 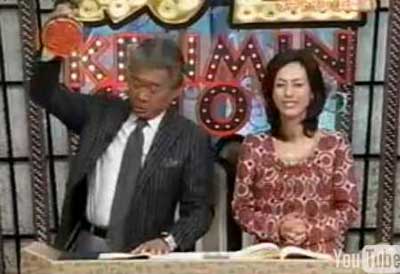 The host dramatically brings down the big stamp! 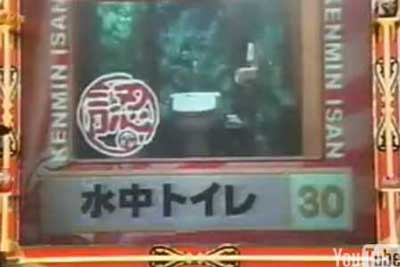 And then the stamp's mark magically shows up on the screen. 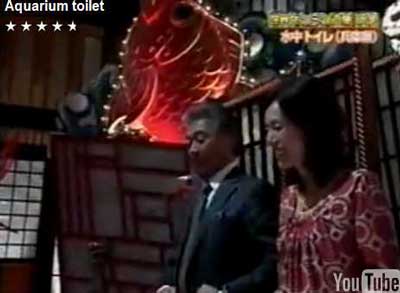 After than, a giant goldfish/koi emerges from smoke and fire behind the host!