We sometimes see common idiocy in some uncommon places.

Those of you who know your U.S. history may know that Appomattox Court House in Virginia is where Generals Robert E. Lee and Ulysses S. Grant negotiated the terms of surrender which led to the end of the U.S. Civil War. It’s now a national historical site and the majority of the buildings are original and have been maintained just as they were on April 9, 1865. It’s a pleasant way to spend a Sunday, as we recently  did.

The historic event actually took place in the McLean House. Adjacent to this structure is a period ice house which back in the day enabled people to store ice during the winter months for use throughout the spring and summer. During the winter, ice and snow would be taken into the ice house and packed with straw or sawdust as an insulator. It would remain frozen here, often until the following winter, and was used primarily to store perishable foods. 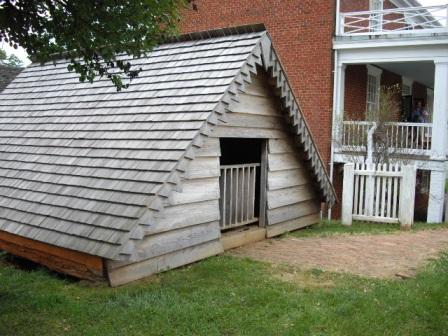 So of course we peer inside and we can see… what? Someone’s discarded water bottle? Someone’s lazy litter inside this laboriously restored and maintained period structure? As in, right in the middle of this important historical site, some Jack-a stepped 150 years back in time to flip their flippin’ plastic HERE? 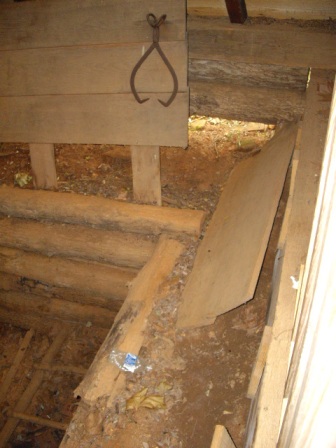 Appomattox: inside the icehouse

I just can’t fathom this. After our irritated temper tantrum over this sight, Thirsty in Suburbia intern Virginia Leonard was able to fish it out with a stick…not easy, as it was well out of our reach. And then, to put it where it belongs. Whoever you are who tossed it in the icehouse, you know where you can put it. 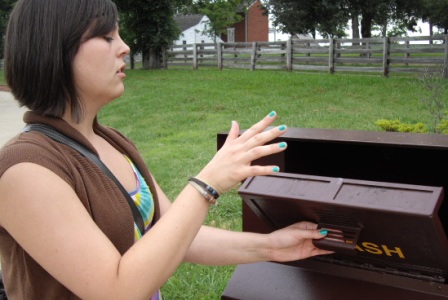 Bonus water shot for river geeks… an interesting sight at the park. 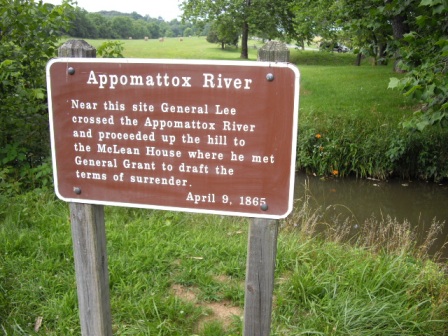